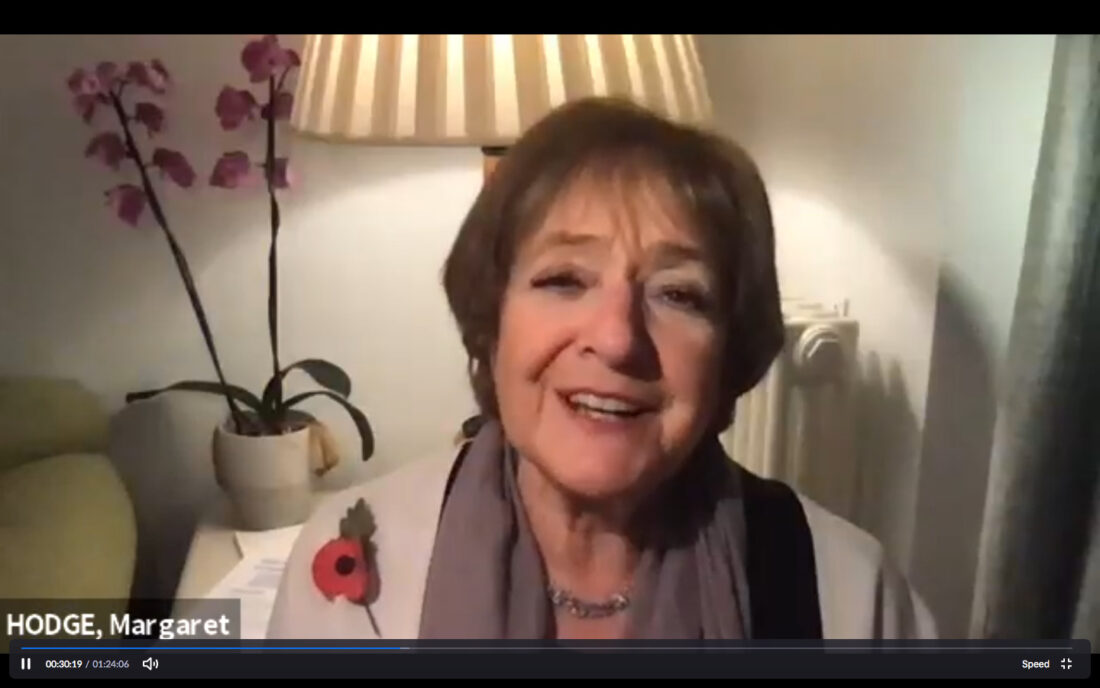 On a rainy November night, Dame Margaret Hodge, Labour MP for Barking, a minister in the Blair and Brown governments, and parliamentary secretary of the Jewish Labour Movement, was in conversation via Zoom with St Albans United Synagogue chairman, barrister Elissa Da Costa-Waldman in front of an online audience approaching 150 people.

The daughter of Jewish refugee parents, Dame Margaret was one of the very few Jewish Labour MPs who remained inside the party to campaign vociferously against its perceived anti-semitism and has herself been the target of anti-semitic attacks from Labour supporters.

The conversation, which ranged over topics such as Dame Margaret’s upbringing and progression in the Labour Party to her views of party leaders such as Blair and Brown, Ken Livingstone and Jeremy Corbyn, the new direction for the party under Sir Keir Starmer, and of course, the recent publication of the EHRC report on anti-semitism in the Labour Party, was recorded for the benefit of those who were unable to join in on the night.

You can watch the video now by clicking here.

WARNING:  In quoting examples of the online attacks to which Dame Margaret was subjected, language is used which viewers may find offensive.