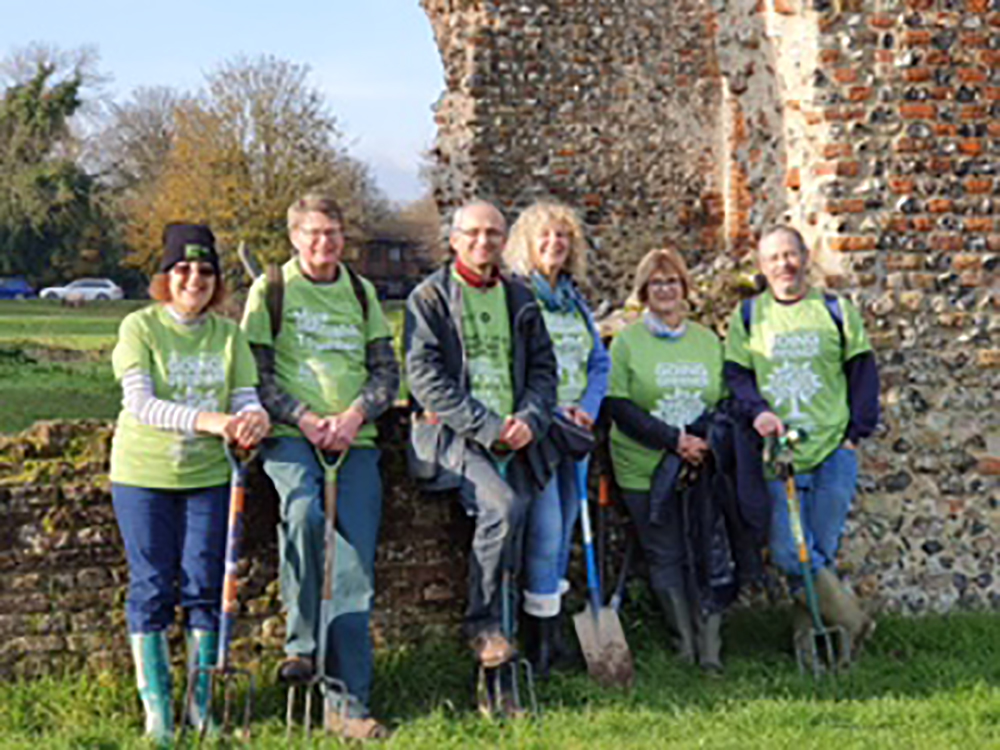 Our members were among more than 40,000 people across the globe who gave that most precious donation – their time – to support numerous good causes on Mitzvah Day 2019. The theme for the event was “Going Greener”, and the ‘mitzvot’ chosen by SAUS members were all selected with this in mind. While some helped children and adults in poorer parts of the world, as well as a more local animal charity, our principal project was on the doorstep: a clean-up of ugly growth in the River Ver Valley in readiness for more beautiful re-planting.

Efforts began a week ahead of the actual Mitzvah Day, November 17, when children from our community gathered at the shul to make dog toys out of unwanted T-shirts, to be donated to the Watford branch of the National Animal Welfare Trust.

On Mitzvah Day itself, a small band of volunteers worked tirelessly, under the watchful eye of Richard Wallis from the Ver Valley Society, to clear brambles and saplings from an area close to Sopwell Nunnery so that the field could be turned into a wildflower meadow.

Other of our shul projects for 2019 included collecting items to help those in need in poorer parts of the world: unwanted reading glasses to be handed over to Specsavers who will recycle them to provide eyecare, and school stationery items of all kinds for Goods for Good, a charity that sends donated goods to vulnerable communities around the globe – the pencils, pens and rulers collected will enable children in refugee camps in Syria and Kurdistan to attend school.

To complete our Mitzvah Day programme, in early December a group of shul members paid a third visit to the Holocaust Survivors’ Centre in Hendon, a social centre for anyone who was involved in the Holocaust, came to this country on the Kindertransport or as a refugee. Centre members were offered tea and pastries, conversation and entertainment from our own professional violinist, Tanya Sweiry-Solomon.

Afterwards, St Albans Mitzvah Day organiser, Vivienne Morris, commented: “We were delighted that all of our projects were able to tie in with the “Going Greener” Mitzvah Day theme. Everyone thoroughly enjoyed themselves – from the kids making dog toys to those giving themselves a great work-out at Sopwell Nunnery.”