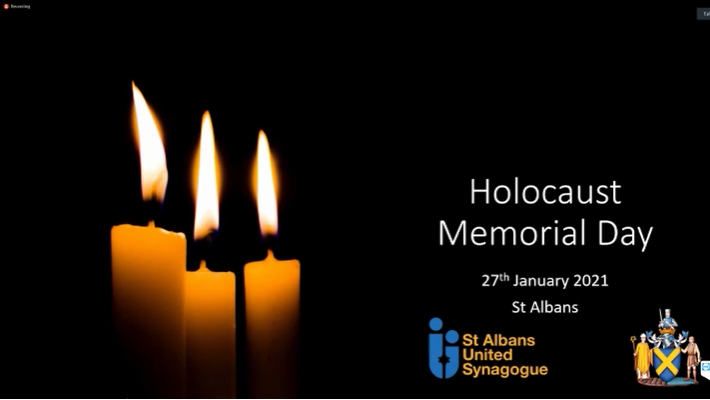 With the honour of staging the annual St Albans Holocaust Memorial Day commemoration rotating on a three-yearly cycle between the city’s two synagogues and the local cathedral, in 2021 it was once again the turn of St Albans United Synagogue to host the event on behalf of the Mayor of the City & District of St Albans.

Taking place as always on January 27th, the anniversary of the liberation of Auschwitz, but switched this year to Zoom to accord with pandemic restrictions, the 90 minute programme attracted just short of 100 screens – indicating a total audience of at least half as many viewers again (and certainly more than could ever have been accommodated in the shul itself!), among them local MP Daisy Cooper, Deputy Lieutenant of Hertfordshire, Stuart Nagler, and High Sheriff of Hertfordshire, Henry Holland-Hibbert.

Guest speaker was Francoise Robertson, a holocaust survivor who told the dramatic and unusual story of how, as an infant, she had had to flee Brussels with her parents, undertaking a long and tortuous journey before reaching safety in the UK. In addition to an address by the Mayor, Cllr Janet Smith, the programme also included a live performance by esteemed concert pianist Elizabeth Altman, who recalled the many Jewish-owned pianos broken up by the Nazis as they rampaged through Europe.

Also featured was an extract from “Surviving Genocide”, a video made by one of the shul’s younger members, 25-year-old James Silverman, in which he interviewed Harry Spiro, a Holocaust survivor as well as survivors of subsequent genocides in Sierra Leone, Rwanda, Serbia and Bosnia, asking whether “we have learned from history, or are we doomed to repeat it?” 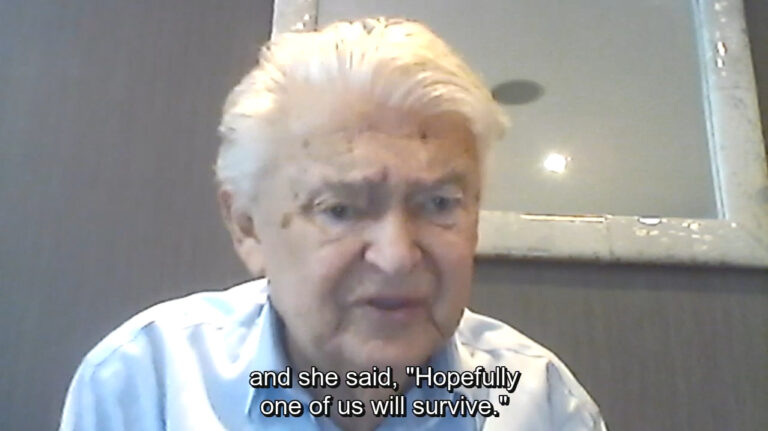 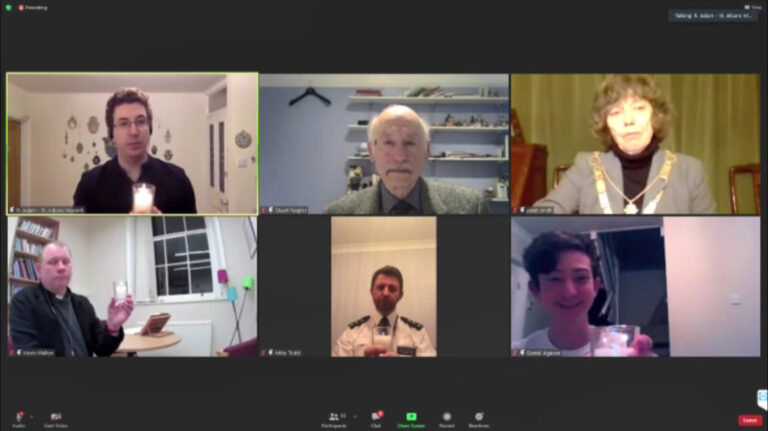 Candle lighters from across the local community 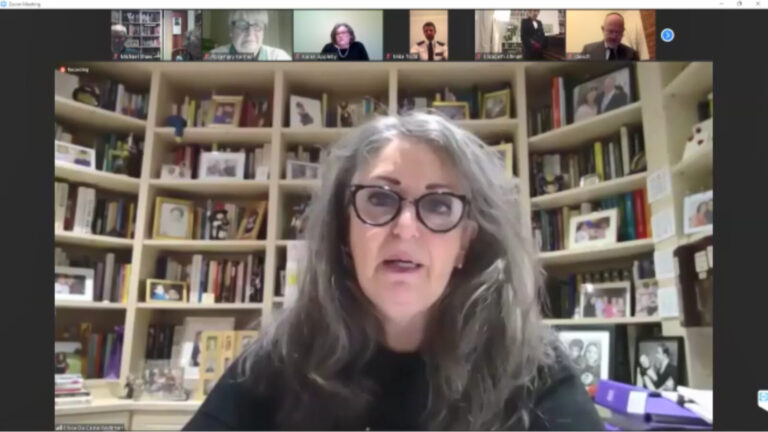 “Far from the cry of ‘never again’,” she said, “we see in the decades since the end of the Holocaust more attacks and persecution of people of faith, scapegoated because they are perceived as somehow different from those who perpetrate these heinous crimes. Yet if we are all created in G-d’s image, how is it that these atrocities continue? Tonight’s event and all such events should be our way of creating the light in the darkness of continued persecution and inhumanity. Tonight is a memorial to all who have perished in the Holocaust and sadly, the many genocides that have followed, and in some cases, continue. Tonight is also a celebration of life and the tenacity of the human spirit demonstrated by the survival of those who live to tell their stories, in order to prevent or at least reduce the repetition of these horrific events.”

Also referring to the day’s theme, St Albans Synagogue’s Rabbi Daniel Sturgess brought the occasion to a conclusion by reminding the audience that “‘being the light in the darkness’ requires all of us to recognise that the responsibility for genocide education and prevention, does not lie only with survivors. It is we who need to take on the torch and continue telling their stories.”
That this moving and inspiring first-time Zoom event, which attracted much praise from many quarters, passed off so slickly was due to the work of the shul’s Karen Appleby and her team and in particular, our in-house technology expert Harry Sassoon.

A recording of the entire occasion may be viewed by clicking here.

It’s an expensive business being “heroes of the skies”