Who We Are Our Rabbinic family

Rabbi Daniel Sturgess was born and raised in Essex, and graduated with a BSc in Mathematics and European Study (Spanish) from the University of Exeter.

Following graduation he worked briefly as an actuary and as a financial analyst before spending the next six years and more studying in the Aish HaTorah and Mir yeshivot in Israel.  He received his rabbinic ordination in 2010, and in the same year, graduated from the Ner LeElef Outreach Training Program.

Between 2010 and 2014, he was the Rabbi and Director for Aish in Birmingham; running educational and social programmes and providing pastoral care for Jewish students at the Birmingham universities.

Having taken up his post as rabbi of St Albans Synagogue in August, 2014, he was also appointed by family education organisation, SEED, to head a pioneering new initiative—In-School Family Education—at Sinai Jewish Primary School in NW London, where he provided programmes for parents of Sinai pupils to help them support their children’s Jewish studies and learn and be inspired themselves—bridging the gap between classroom and home.

Currently, he works at the head office of the United Synagogue as Events System and Publications Co-ordinator, with the weekly Daf Hashavua as well as many other educational and information publications within his remit.

Rebbetzin Alli Sturgess was also raised in Essex.   She holds a BSc in Psychology from the University of Wales, Swansea. and has studied and taught in various seminaries in Israel. She is a trained Life Coach and has taught ‘Leadership Training and Life Skills’ in Israel. Her work has included being a Housing Officer for the homeless in Cardiff and East London whilst qualifying in drugs awareness and counselling. Since her arrival in St Albans, the list of activities she has initiated is lengthening by the minute: a cheder, a toddler group, a young professionals’ discussion group, a women’s learning group – and most recently, a bat-mitvah programme for women.

On top of this, she greets new members, visits the sick, offers hospitality to members new and old at her home, designs posters and flyers for many of our social events, kiddushim and communal dinners, and organises events such as our popular Chanukah, Purim and Succot parties for the community’s youngsters – all in addition to being a conscientious and caring mother to her four young children.  As if this were not enough to fill her time, Rebbetzin Alli studied for and obtained a Postgraduate Diploma in Cognitive Behavioural Therapy with Distinction at Hatfield University, and is currently a practising CBT therapist.

Working tirelessly to lead and guide our community, the ‘dynamic duo’ are undoubtedly two of the principal reasons behind the continuing upsurge in our numbers, a fact confirmed by a recent membership survey, and  have brought about “an unprecedented flurry of activity in our shul with their energy, enthusiasm and charisma,” as our chairman put it.

They have introduced a range of ‘firsts’ from a community trip to Poland and another to Berlin, to an annual public Chanukiah lighting in the historic centre of St Albans, and have successfully attracted a wide range of internationally renowned speakers to our community.

Rabbi Daniel is justly celebrated for his entertaining and stimulating sermons, and for the debates and discussions he inspires either following Shabbat services – during our famous sit-down kiddushim –  or in the service of adult education. His particular talent is to relate traditional Jewish thinking to the modern world in a way that touches people’s everyday lives.

Despite the many calls on his time, Rabbi Daniel is available to offer pastoral care when required and never fails to involve himself in every aspect of communal activities. 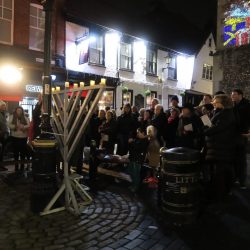 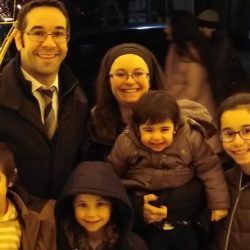 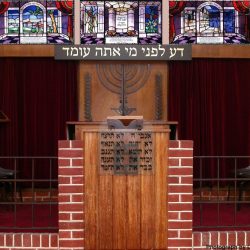 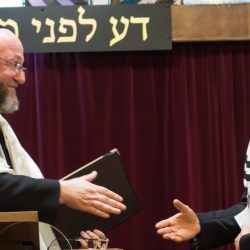 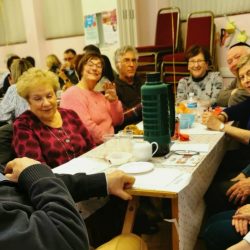 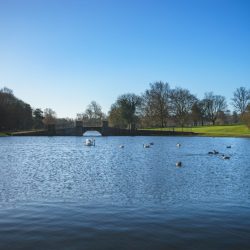