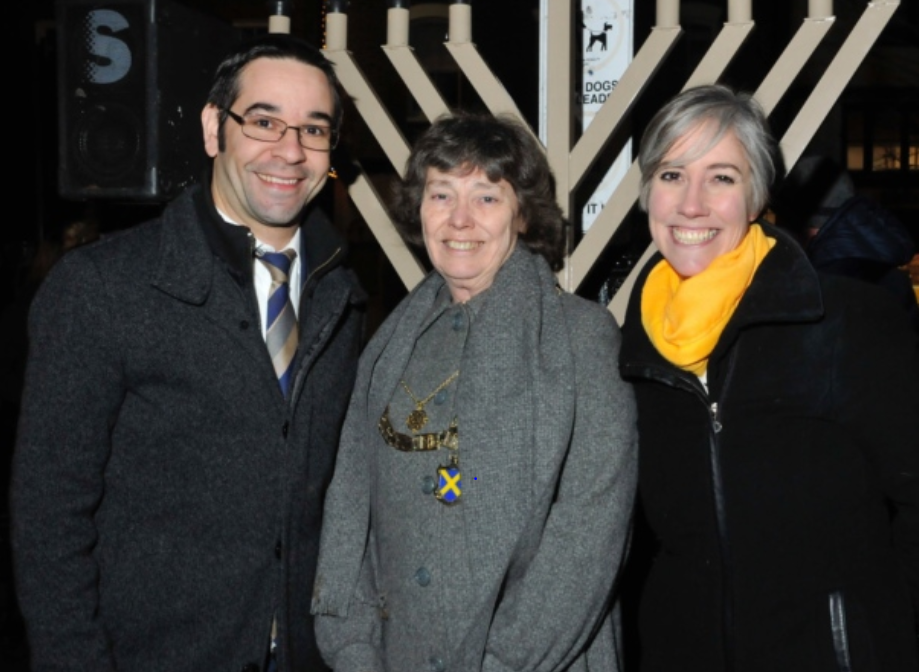 We felt truly chuffed when Daisy Cooper, on one of her first engagements as the newly-elected Lib-Dem MP for St Albans, agreed to join us, along with the Mayor of St Albans, Cllr Janet Smith, for the fifth annual public Menorah lighting at the Clock Tower in the centre of St Albans, at the same time inaugurating our very own newly-purchased chanukiah on its first outing.

A crowd of more than 100 from all sections of the local Jewish community gathered on the last night of the festival as the candles were lit on the six-foot high Chanukiah, under the guidance of our own Rabbi Daniel Sturgess.

With all nine candles ablaze, it should have been a spectacular sight, but as it turned out, there was no miracle for us….A fault in the wiring of the USA-made candelabrum meant that  last-minute improvisation was called for, with a slightly underwhelming result and the promise that next year, we’ll get it right! In spite of the disappointment to those in the know, the brief service was enjoyed by all, as were the free doughnuts doled out at the end.

Chanukah was not only a festival of light but also a celebration of religious freedom, commented Daisy Cooper, adding that it was “an absolute delight” to be able to celebrate it in the heart of St Albans.   The Mayor also emphasised the importance of promoting mutual understanding between different cultural and religious groups in the modern world. “Providing opportunities such as this plays a big part in bringing this about,” she said.    “And it is very good to note that St Albans is the sort of place where all can live amicably alongside each other, and it is possible to hold such an event as this where all are welcome.”

Her sentiments were echoed by Rabbi Daniel. “One of the central themes of Chanukah,” he said in his address, “is that of bringing light into the world.  It is a recognition that the world can be a dark place, and it is our responsibility to do what we can to make the world a lighter place.” Referring to the previous night’s antisemitic attacks in New York and the recent appearance of antisemitic graffiti in Hampstead, “it does not go unacknowledged,” he added, “that we are able to stand here and do this wonderful thing of lighting our Chanukiah, in the presence of our MP and our Mayor, and with the protection of the local police. We are so very appreciative of the support we receive from the wider community.”

Earlier, parents and grandparents brought their youngsters to shul for an exciting afternoon of music, magic and bubble-blowing. Professional entertainer Captain Calamity pulled out all the stops in the special Chanukah show, even enveloping a small member of the audience in a bubble and—highlight of the occasion—receiving a foam pie in the face from none other than Rabbi Daniel.

Our celebrations were widely featured in the media. Photos and articles appeared in the two local newspapers, in “Jewish News” and in Daisy Cooper’s first newsletter to her constituents. 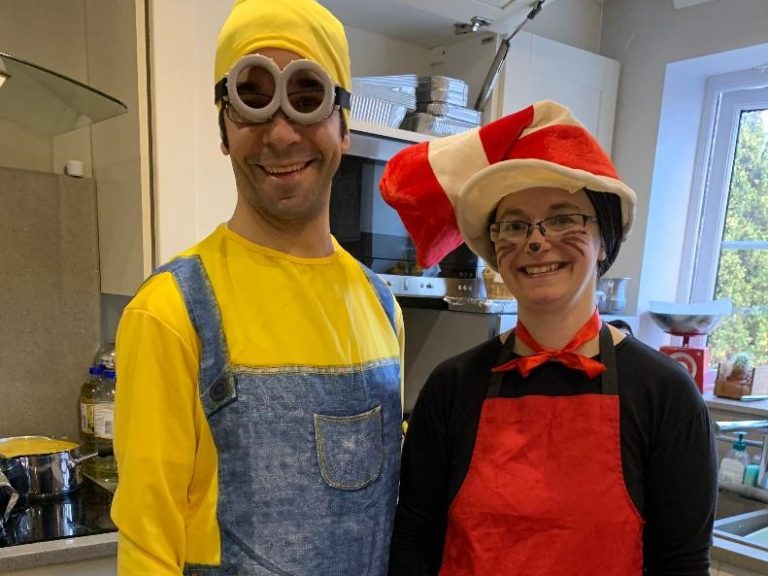 Purim with a difference